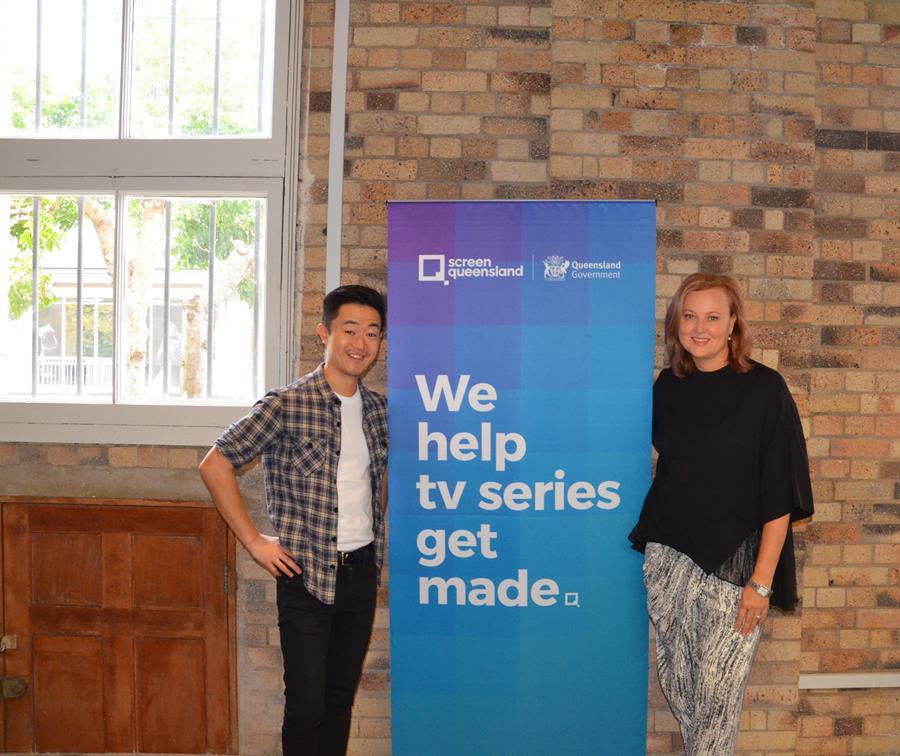 Screen Queensland (SQ) has announced its support of the second series of The Family Law.

Premier and Arts Minister Annastacia Palaszczuk said The Family Law, created by acclaimed writer Benjamin Law and based on his experience growing up in Queensland, will begin filming in October to air on SBS in 2017.

‘The Family Law will create 70 jobs for Queenslanders and spend approximately $1.9 million in the state including post production,” Ms Palaszczuk said.

‘The first season of The Family Law, adapted from Law’s hit memoir of the same name, enjoyed great success in 2016 reaching a total of 1.8 million unique viewers across SBS and repeats on SBS 2 with an average national audience of 417,000 across the series.

‘This is the latest in Queensland’s screen success story as the state continues to attract local, national and international productions, generating jobs and boosting the economy,’ Premier Palaszczuk said.

‘We are thrilled to be supporting the second series of The Family Law, a highly entertaining and culturally significant TV series that celebrates untypical characters in primetime viewing and embraces diversity and suburban family life in Queensland.

‘Matchbox Pictures is a prolific creator of broadcast content and provides Queensland practitioners the employment and up-skilling opportunities to work on projects that receive local and international success.

‘The last Matchbox TV series we supported was the hugely successful Wanted with Rebecca Gibney and the combined total Queensland Production Expenditure for both TV series is $7,066,819 and a total of 432 jobs.’

The Family Law is a six-part half hour series created by critically acclaimed writer Benjamin Law and based on his memoir of the same name about his experience growing up in Queensland.  It is being developed and produced by Matchbox Pictures (The Slap, Deadline Gallipoli, Maximum Choppage) and supported by SQ in association with Screen Australia and SBS.

SQ CEO Tracey Vieira said ‘We are thrilled to be working with Matchbox Pictures again for the second series of The Family Law which along with being highly entertaining, carries significant cultural importance as it captures our unique and distinctly Australian voice on screen.

‘With 43% of Australians having at least one parent born overseas, its important that our stories on screen reflect our diversity as a nation.  The Family Law does that perfectly through a mix of humour, heart and self-deprecation in a truly Australian style.

‘Matchbox Pictures was one of our Enterprise Queensland Program recipients; a program designed to attract new and successful businesses to Queensland who stimulate economic activity, and Matchbox has delivered this outcome to our local industry.’

The Family Law is a coming-of-age story told through the eyes of teenager Benjamin as he navigates growing up amidst the chaos of his dysfunctional family.  Set on Queensland’s Sunshine Coast, it gives a vivid glimpse into the world of Benjamin’s hilarious and heart-warming Chinese-Australian family.

Ben Law said: ‘As a proud Queenslander through and through, one of the joys of making the first series of The Family Law was getting to showcase Queensland in all its glory.  It’s rare that we get to see the Sunshine State on Australian TV, so we’re so proud to once again set series two on the Sunshine Coast and shoot it throughout Brisbane, using some of the best cast and crew the state has to offer.’

‘Matchbox Pictures is thrilled to continue its relationship with Screen Queensland and the Queensland Government,’ said Managing Director of Matchbox Pictures, Chris Oliver Taylor.  ‘The announcement of a second series of The Family Law is testament to the commitment made by the State Government and Screen Queensland to working with the screen sector to find the most engaging and creative content that showcases Queensland to the rest of Australia and through international sales, the world.’

SBS Managing Director Michael Ebeid said: ‘SBS tells distinctive stories that reflect Australia’s multicultural society, and The Family Law; a hilarious, heartbreaking and heart-warming series, sparked a bigger conversation around diversity on Australian TV screens. We are thrilled to bring this Asian-Australian family from suburban Queensland back to audiences for a second season.’

Debbie Lee, Matchbox Pictures’ Director of Scripted Development added: ‘Matchbox couldn’t be more thrilled to be heading back to Queensland for a second season of a show that we’re so proud of.  It’s so wonderful that audiences of all ages and backgrounds fell in love with the Laws and we can’t wait to bring them back for more laughter and tears in equal measure.’

Director Ben Chessell (Offspring, Rush, Dance Academy) said: ‘I’m really looking forward to shooting The Family Law in Brisbane. It’s a great opportunity to work with new talent and with some of the best cast and crew in the country and we’ve got lots more of the Law family to show Australia!’

The Family Law season two is written by Benjamin Law, Kirsty Fisher and Lawrence Leung and directed by Ben Chessell alongside Sophie Miller.  The series is executive produced by SBS’s Sue Masters, and Matchbox Pictures’ Tony Ayres and Debbie Lee, produced by Julie Eckersley and Sophie Miller, and co-produced by Andy Walker.