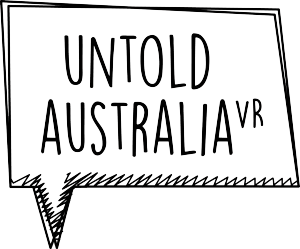 SQ recently unveiled a new initiative partnering with SBS in Untold Australia Season 2 which will commission up to four talented Queensland filmmakers, or teams, to develop, produce and market VR short-form documentaries exploring the diversity of Australia’s people, their cultures and lifestyles.

For inspiration, check out these powerful documentary projects using your Google Cardboard headset or online:

Waves of Grace – Waves of Grace follows the experience of Decontee Davis, an Ebola survivor who uses her immunity to help others affected by the disease.

Clouds Over Sidra – The Zaatari refugee camp is home to 130,000 Syrians fleeing violence and war. This is the story of Sidra, a 12 year old girl who has spent the last 18 months in Zaatari.

The Displaced – Nearly 60 million people around the world have been driven from their homes by war and persecution – more than any other time since World War II. Half are children. The Displaced is the story of three of those children.

My Mother’s Wing – In Gaza, foundations are built, destroyed and built again. This virtual reality experience follows the struggle and strength of a mother coping with the death of her two children in the 2014 war.