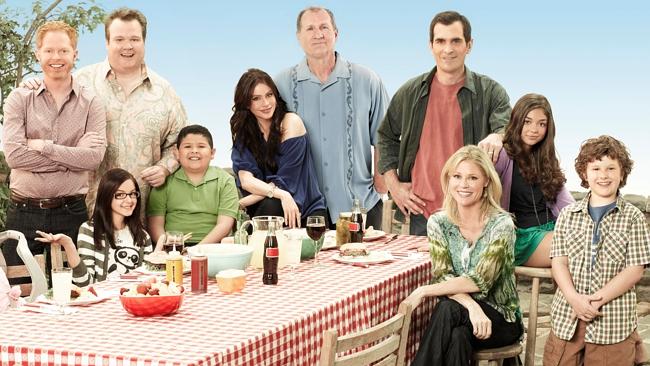 Hit Comedy Series and Award-Winning Cast to Descend on the Great Barrier Reef.

Arts Minister Ian Walker said the production would put Queensland under the international spotlight and provide a significant boost to the state’s tourism and screen production industries.

“Modern Family is a hugely popular show and it’s very exciting for our tourism industry to know that places like the Great Barrier Reef and Hayman Island will be seen by millions of people right round the world,” Mr Walker said.

“This coup is a testament to the LNP Government’s commitment to creating local jobs and promoting our screen and tourism industries to the world.”

“We’ve been working hard to make Queensland a great place to do business and this deal was made possible through Screen Queensland’s Production Incentive Program,” he said.

“Modern Family is the latest in a growing list of success stories for Queensland joining the likes of Unbroken, San Andreas, The Railway Man and Secrets and Lies.”

Minister Walker thanked new Screen Queensland CEO Tracey Vieira for her assistance in getting the contract over the line.

Tourism Minister Jann Stuckey said the deal would see images of Queensland reach an estimated audience of 100 million around the world.

“This is a fantastic opportunity to showcase Queensland’s destinations and encourage the show’s fans to visit our state,” Ms Stuckey said.

“Tourism and Events Queensland will work with Qantas to maximise exposure for the state’s tourism industry, leveraging the opportunity to further grow the US market and deliver a real benefit for tourism operators across Queensland.”

The multi-award winning show about the extended Pritchett family – father Jay (Ed O’Neill) and the families of his two children, Claire (Julie Bowen) and Mitchell (Jesse Tyler Ferguson) – has won a total of 65 awards, including a Golden Globe (Best Television Series – Comedy or Musical), four consecutive Emmy Awards and a BAFTA (Best International) in 2012. “Modern Family” is both Network Ten and the ABC Television Network’s top-rated comedy series.

Co-creator and executive producer Steve Levitan, who will direct the “Australia” episode of Modern Family, said the crew was excited about coming to Queensland.

“We just had to go to Queensland and the Great Barrier Reef since, like Sofia Vergara, it’s one of the natural wonders of the world,” he said.